*Once trading resumes after level one halt, trading will not be halted again unless the S & P 500 decline reaches a level 2or 13 percent decline.

*Similarly in the case of a level 2 decline trading would not be halted again once resumed until the S & P 500 reached a level 3 or 20 percent decline.

*A level 3 (20percent) decline occurring at any time during the day will halt all trading for the rest of the day.

* The base level that regulates Rule 80B is based on the daily closing value of the S & P 500.

*All orders that are in hand or on the DMM’s book prior to a market halt will be treated as GTC orders except market on close and limit on close orders, which will be canceled.

*The SEC enacted the use of a Limit UP Limit Down (LULD) rule. This rule is designed to ensure that prices of individual securities reflect fundamental prices based on supply and demand and do not move outside of established parameters based on errors or manipulative actions.

*If the stock price moves outside of the established bands trading will be paused for 5 minutes if the stock cannot return to the limit price with in 15 seconds. During this 15 second period the stock will be subject to a limit state of limit up or limit down. If no trades take place at or inside the limit price the 5 minute trading pause will occur.

*Once fully implemented the LULD is intended to replace the single stock circuit breaker rule. Tier 1 and tier 2 securities will have trading bands of 5 and 10 percent respectively from 9:45 AM – 3:35 PM EST.

*To accommodate additional price discovery during the opening and closing of the market those bands will be expanded to 10 and 20 percent respectively from 9:30 AM –9:45AM and from 3:35 PM – 4:00PM.

*In addition to the Limit up Limit down single stock circuit break market wide circuit breakers will also be put into place during times of extreme volatility. The NYSE has enacted rules to help restore orderly market conditions during periods of heightened volatility.

* In February 2010 the Commission adopted a new short sale price test restriction, which is commonly referred to as the “alternative uptick rule.”

* The alternative uptick rule is designed to restrict short selling from further driving down the price of a stock that has dropped more than 10 percent in one day compared to the closing price on the previous day.

* Known as Rule 10(a)(1) of the Securities Exchange Act of 1934, the uptick rule allows investors to short a security only at a price higher than the security's last trade. 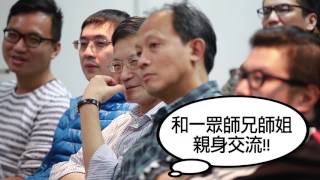